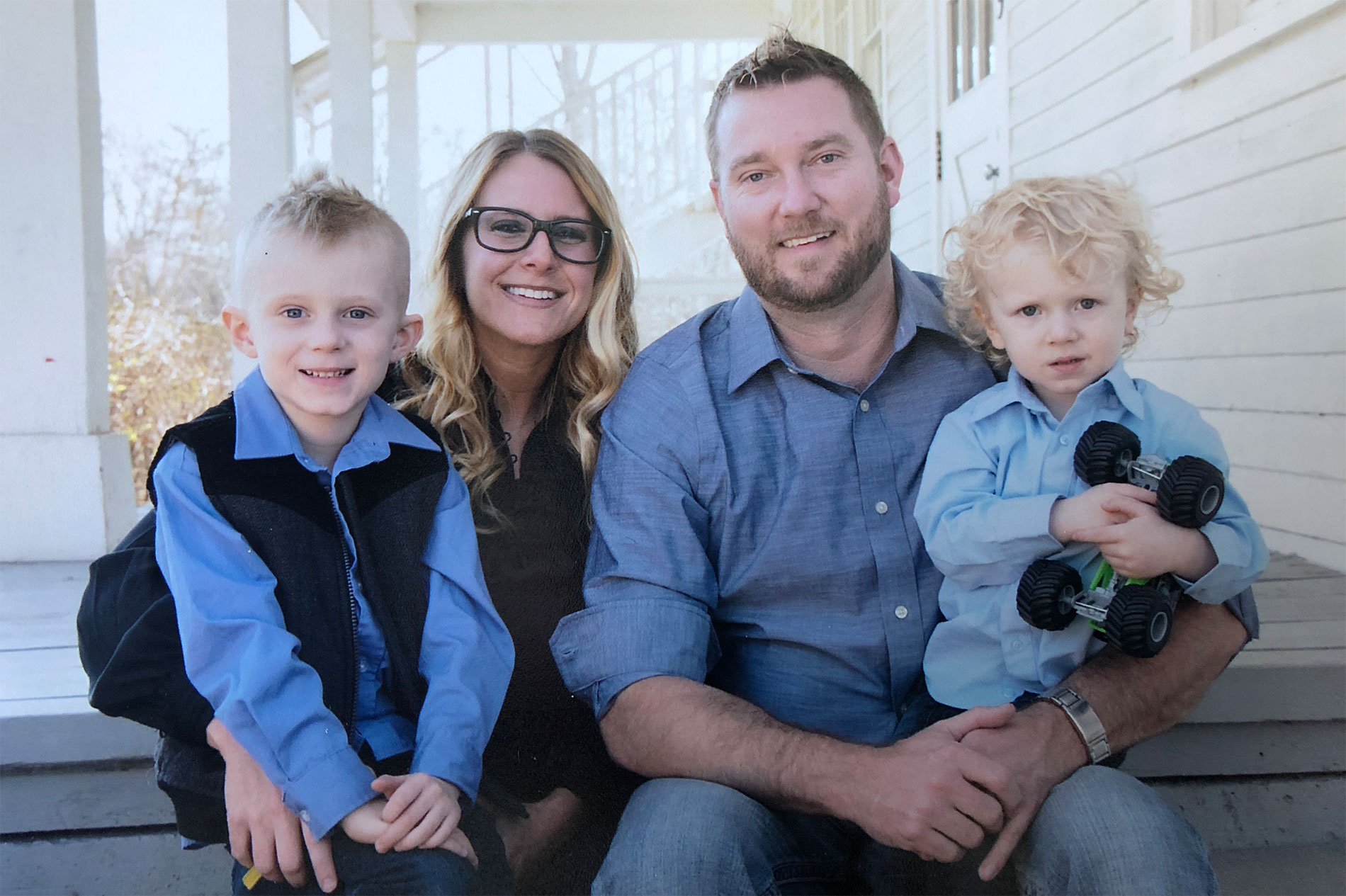 My name is Jon Sternfels and I was first diagnosed with CHF at 39 years of age. I developed the disease from a virus caught while dealing with the flu/pneumonia. At first, before I was diagnosed, I was ignoring the signs and symptoms of CHF. I was out of breath constantly doing small tasks and gaining an unusual amount of weight even though my appetite was missing. I was also having trouble breathing and sleeping thru the night with rapid heart rate increases, all of which I chalked up to being out of shape, as I had taken some time away recently from working out, stress/anxiety and having the flu/pneumonia consecutive weeks in a row.

After a few weeks of living with these symptoms, I finally went to the hospital (still thinking it was flu/pneumonia related) and to my surprise was immediately put into ICU after drawing my blood and taking my vitals. It all happened so fast I had no idea what was happening. After quite a few hours and tests including an ultrasound, I was finally told by the head ER doctor that I was suffering from CHF. The next step was to immediately have a right and left heart catheter and an MRI. After these tests were preformed it was confirmed I was in stage 3 CHF with an ejection fraction (EF) of 12%. My heart was enlarged with thickening of the walls; however, I did not suffer a heart attack. I had no idea what any of this meant as doctors were telling me so much information so fast, I couldn’t retain or understand it, so I turned to the internet for answers. The internet only scared my wife and I even more with statements like “most CHF patients will die within the first year”, “50% of all CHF patients will not live past 5 years”, “CHF is incurable!” One could only imagine where your brain turns to after reading these statements from credible sources like the AHA (American Heart Association). So, after being at a local hospital for one week (still with no questions answered) I was released on 4 medications and told “see you in 3 months!” “How could this be” we thought over and over again, “that’s it, see you in 3 months and hope for the best?” We were devastated as after being released, my symptoms only got worse as the week went on.

After being out of the hospital I made the decision to go to the University of Michigan and see a specialist, so I made an appointment with a highly recommended doctor from a friend and went to the ER the same day. When I entered the emergency room at U of M, that’s when the real roller-coaster ride started. I was immediately put back into ICU and had all the same tests performed over again, only to confirm the same diagnosis, however the treatment plan was far different from what I was doing currently. I spent another 1.5-weeks in the hospital getting treatment for stabilizing my vitals and trying to figure out the right combination of medications to increase my EF to 35% (which is considered out of the danger zone,

so my wife made signs at home that stated “drive to 35” as a daily reminder of our goal) and control my fluid gains. I was released this time with a better understanding of what was happening but still had no clue how severe this disease was because I wasn’t in any pain, just discomfort and out of breath. After about a month, I had a follow up appointment for a stress test which I failed miserably and was put right back into the hospital. At this point, it had been 2 months since being diagnosed and not much had changed, my symptoms were still consistent, and my EF was only at 15%. The doctors explained more information and tried different combinations of medications again. I felt even more confident this time that I was going to be healthy soon.

Boy was I wrong! Another month had past and I collapsed at a baseball game with friends and family. I got to enjoy a free ride from the ballpark back to U of M via ambulance and was put back into the hospital yet again. I was on my 4 th hospital stay in 3 months. This time catheters, ultrasounds and MRI’s were performed all over again only to confirm that not much has changed since my last visit and that my Cardiac Output (CO) severely decreased and my EF was only at 22%. The doctors had decided to start the process of discussing a heart transplant. At this point for me, only prayers and a miracle could change this outcome as I genuinely thought I was going to be back doing normal things by summers end! I was informed of getting an L-Vad (artificial heart pump) as an interim means of survival until a heart became available and so began the 1.5-week long process of getting the L-Vad/ Heart Transplant workup.

Ill be the first to say some of the tests are not easy and can be very tiring. After all this was done, I was approved from tests to move forward with an L-Vad and Heart Transplant pending transplant medical board approval, so after being on another round of different medicine dosages and combinations, another MRI and catheter was performed. Believe it or not, my prayers and miracle were answered, my EF had significantly increased to 32% and my CO had increased as well. After 2.5-weeks in the hospital thinking, I wasn’t leaving without an L-Vad. I was released with a new combination/dosage of medicine. I was only hospitalized one more time since then and even sought a second opinion after several months had past, where my symptoms remained the same even though my EF had increased to 40%.

With a second opinion came more questions but ultimately led to the conclusion that what U of M was doing, was on point. Its now been 1 year since being diagnosed and I struggle daily with my symptoms and depression as my life will never return to normal. My body will never be capable of being “STRONG” again. “STRONG” to me, before my diagnosis meant physical. To put things into perspective, I was a landscape laborer who prided myself on physical strength to lift, move or carry items to get jobs done. I could work longer, harder, stronger and have more useful strength, than guys 15 years younger than me. Today, I struggle to carry groceries inside from the car or even do simple chores around the house. Even if I choose to accomplish these everyday normal activities, I pay for it later or even the next day with severe weakness, breathlessness, heart palpitations and tiredness.

This is not how I envisioned my life at 39! After time and reflection over the past year, I’ve learned a lot about my life and what “STRONG” really means. “STRONG” doesn’t just mean physical, its spiritual, it’s emotional, it’s smart, it’s setting goals, it’s understanding, it’s healthy choices, it’s patience, it’s love, it’s support, and most of all it’s relationships. All these things require strength from a “STRONG” person. Therefore, I created the PUMP STRONG CHARITY. Not only is it a play on what our hearts need to do to survive CHF, it’s what we need to do as human beings to survive a life with CHF. We need to “PUMP STRONG” in all areas of our lives and we’re all capable of it.

The PUMP STRONG CHARITY would like to create an opportunity to beat the likelihood of death, severe symptoms and depression and give hope to patients through awareness, understanding, knowledge, improving outlooks, education, disability benefits, healthy meal plans, goal setting, pharmaceutical coupons/discount programs, counseling, support, public forums, access to local CHF health professionals, and of course, donations to Heart Associations specializing in a cure for CHF.

With your donation, PUMP STRONG can start the path to hope with the construction of our website along with outreach to local hospitals looking for their support to continue our growth and cause. Nothing like PUMP STRONG is out there for patients to turn to when being first diagnosed or for patients who have been living with it for years. Let’s be a part of the first to create this platform to start changing people’s lives one heart at a time!